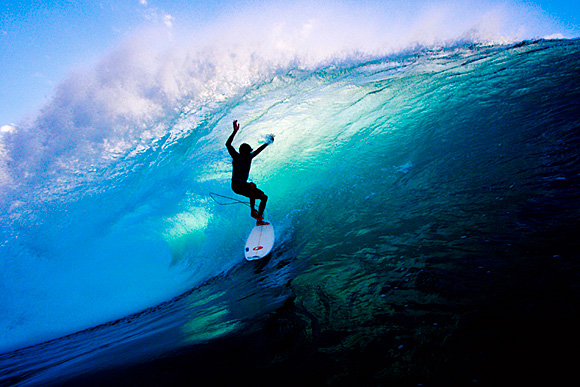 Ben, tell us about your background, where are you from?

BD: I grew up in Rhode Island and Upstate New York, and always went to Florida for Spring Break. I think in Rhody and Florida is where I found a love for the ocean.

When did you first discover an interest in photography?

BD: Gosh, I remember having a camera in my hand as early as 5 years old, one of those cheap disposable ones. My Dad pushed it on me first because he used to take photos of patients during surgery.

What or who inspires your work?

BD: There are a lot of great surf photographers, but reading Philosophy and looking at art outside of the surf world gives me a great perspective.

Despite the adopted title of a 'surf photographer', you're more of a bodyboarder, than a surfer aren't you?

BD: I grew up bodyboarding for years, I wouldn't call myself a surfer, bodyboarder or a photographer. I'm a guy who loves to be in the barrel and take photos. Any labels that result are fine.

That first published shot as a photographer is such an important step in your career. Where and when was your work first published and what did it mean to you at the time?

BD: Surfshot Magazine, an unidentified guy riding in the barrel at Big Rock. It was a huge moment for me because all of a sudden I was getting money to have fun and create art. Although in the beginning it was far from art…

BD: Thanks! At 21, it's a wild time and a ton of opportunities are unfolding. I'm kind of blown away to be on a masthead with such legends, it's big shoes to fill and I'm ready to step up to the plate.

Travel is a large part of any successful surf photographers' life, what have been your fondest memories from your travels so far?

BD: I think my favourite trip so far has been to Chile. The locals welcomed me with open arms and I'm like a part of the family down there.

What is your favourite location to shoot?

BD: I like shooting fisheye in big warm barrels. Puerto, Off the Wall, Backdoor etc… Anything mushy like shooting from the land at lower Trestles drives me batty.

Given that you could travel anywhere, in a 'budget-less' world, what would be your perfect surf/photo trip and why?

BD: I want to explore more of the Pacific and find new waves, if you look at a detailed map there are tons of islands that haven't seen man in hundreds of years.

Things don't always go well on the road, or the surf… in your bio you mention being "tear gassed, attacked by a dog, had numerous near-drowning experiences, inadvertently encountered sharks…", would you care to elaborate on some of these experiences...

BD: Well all of that stuff has happened, the dog biting was in Chile when I was on a bike and it grabbed my leg and ripped me down onto the street. After screaming and waving my tripod at it went away. Near drownings… came close 3 times in one day in Hawaii, during 3 different sessions. Couldn't believe I went to sleep in one piece that night. I think the scariest thing I've seen is a pack of desert wolves on the beach coming towards me in Chile early one morning. I've never jumped into the lineup so quickly!

Do you prefer to shoot from land or in the water?

BD: Without a doubt from the water. I just love being part of the wave and experiencing the power.

Shooting in the water is obviously a very hazardous experience, with razor sharp reef, surfers, sharks, rips, big powerful waves… How do you keep your composure in these conditions and have you ever been hurt in the process?

BD: I've been hurt a few times, but it comes with the territory. I do a lot of training mostly involving running and swimming underwater laps. The Philosophy degree has helped me think in different ways and keep me relaxed in those really heavy situations.

There has always been a huge focus on the North Shore of Hawaii in the surfing world, a seemingly 'love/hate' relationship for surfers, locals, tourists, developers etc. What is your relationship with Hawaii and the infamous North Shore?

BD: I love Hawaii. At times its frustrating with so many photographers congested into one strip of sand, but that's the reason we go: for the congestion of beauty and talent loaded into a small coastline.

BD: It's the same as for surfers. It's the guys who are locals or who have been there the longest get priority. There's nothing worse than having a splash of someone else's waterhousing in your photo, but sometimes it gives a nice scale to your photo when you see how big an empty wave is. I generally do my own thing, if there are a ton of guys shooting fisheye I'll go to another spot or work a different angle with a longer lens in the water.

It seems the surfing world is divided into people who are all for the 'surf industry', competition surfing etc… and those who appose it, those who may refer to themselves as 'soul or free surfers', the environmentalists, those who see surfing as a lifestyle, a culture, a religion, an art form… As a surf photographer, so involved in the industry, what are your views on the surf industry?

BD: At times it's hard when a company passes on a good photo because they can't see a logo, or it's too pulled back. As much as I like shooting the locals at each place I travel to, the scenery, and the adventure… the reality is that stuff doesn't sell. The problem is when you become so engrossed into shooting ads that all of your photos look and feel the same, you become one-dimensional in your photographic approach. Someone should look at your photo and say ahhh yes that's a Jeff Divine or whoever. I try to create a balance between frontlit-surf action, lineups, and lifestyle.

Finally, what does the future hold for you and your work?

BD: Since I started working at Surfer, there are a ton of opportunities unfolding. I'm actually in Brazil right now soaking up some rays and lurking Ipanema. I've got a few experimental ideas up my sleeve that waterhousing genius Chad Stickney created for me, stay tuned to bendecamp.com and Surfer to see what I've been working on. Thanks for showcasing my work on COTW!

Thanks again Ben for this insight into your work. 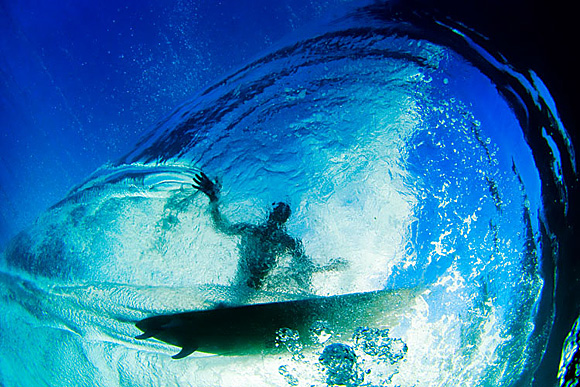 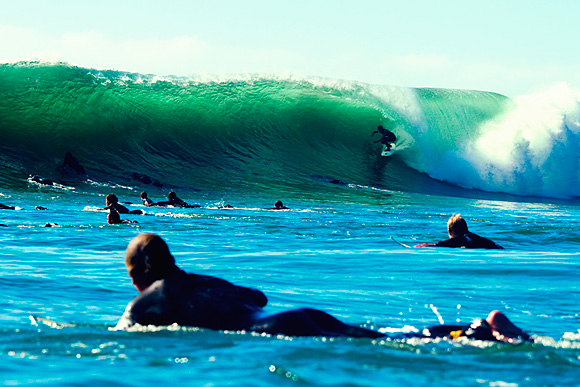 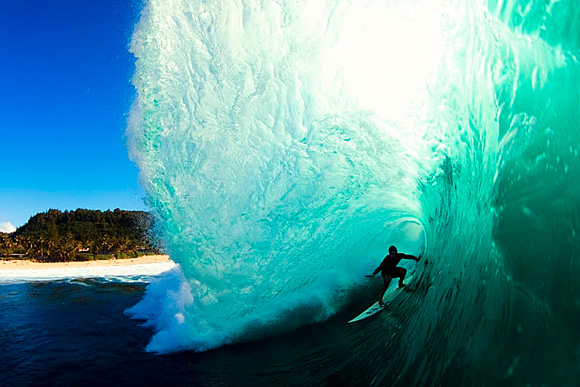 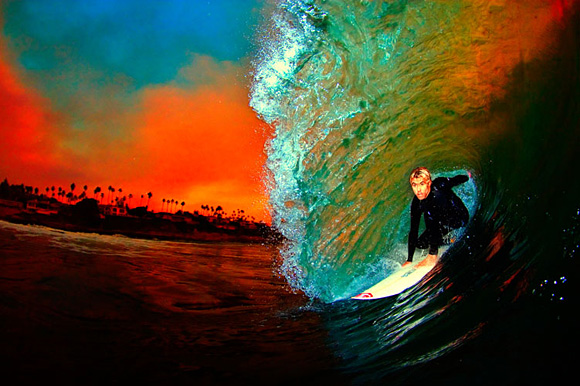 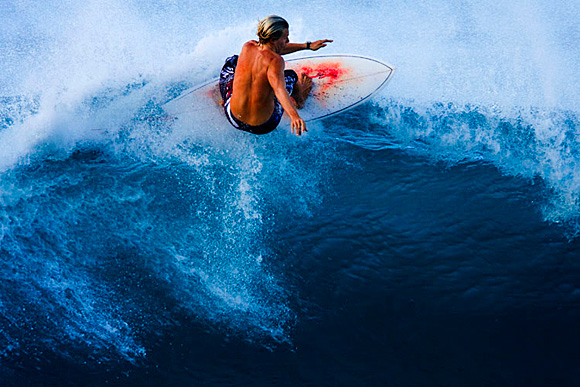 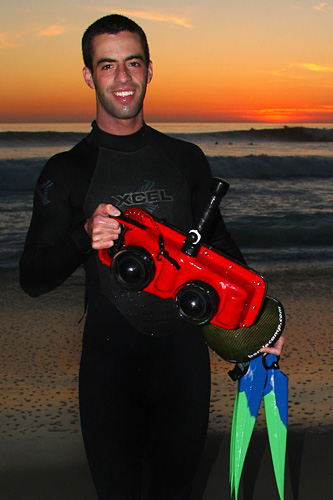 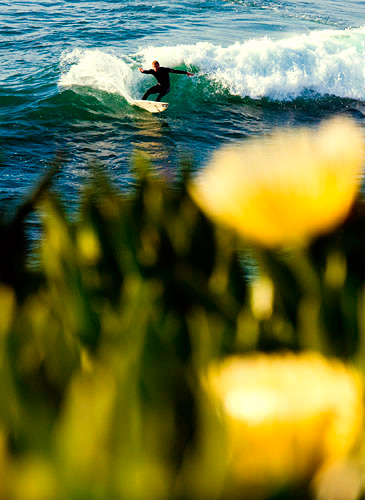 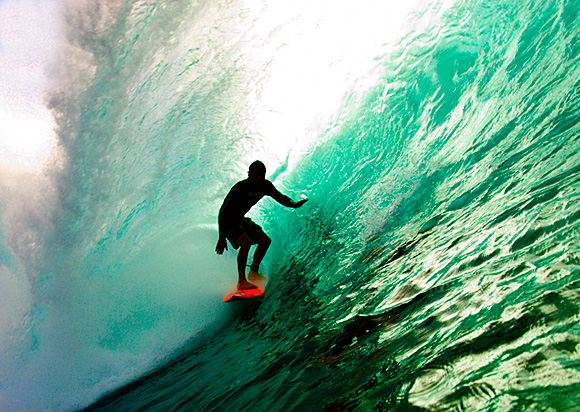 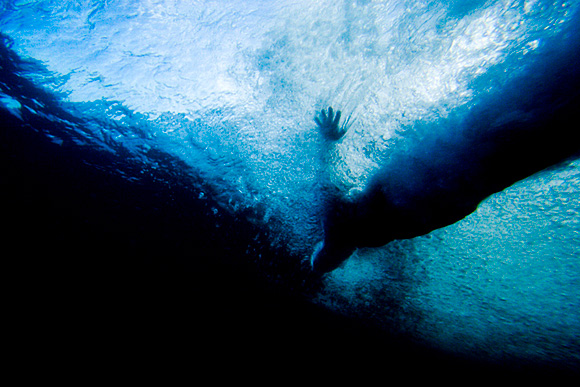