Presenting 'The Dream Tour Series' by Hawaiian surf artist Clark Takashima, a series of paintings of the locations on the 2008 ASP World Tour.

Clark Takashima's latest works, "The Dream Tour Series" are 11-24" x 48" original acrylic paintings on panel of the locations on the ASP World Tour. Clark was inspired to paint a series with international appeal to reach a global audience, reminding us of our responsibility to care for our world's oceans. "It is a dream to surf these places, more importantly, it is our reality and responsibility to preserve them".

"For the love of surfing"

Clark Takashima is in love with surfing. His relationship of 30+ years in the water is translated into pure depictions that draw the viewer into the experience. He is driven to portray surfing- the sport, its seascapes, its essence, and its rarity with accuracy of color and form. He is actively using his talents to bring awareness to the fleeting visions that occur only when certain wind conditions allow. "Perfect surf holds a short term reminder of how we should appreciate our environment while such beauty still exists. Surfers are the 'Canary in the coal mine'. Our oceans, if polluted, will make us sick. If the ocean is sick, so is our rain and so on." He contributes original works to gain funding for causes who carry this message.

Clark remembers drawing sequences of surf on margins of his schoolwork, to bathroom Sharpie murals, semester-long masterworks on desks, he always wanted to paint surfing big! In 1999, he was commissioned to do an 18'x32' mural of Pipe in Honolulu's Pipeline Café. With this huge business card, Clark became an industry leader in Hawaii's commercial and residential mural commissions. He is able to paint everything from "Hawaiiana" to "Italiana", but surf art is and always will be his passion. 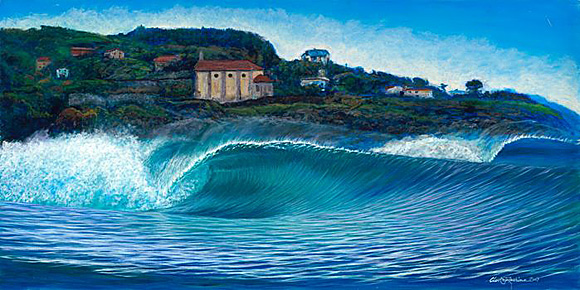 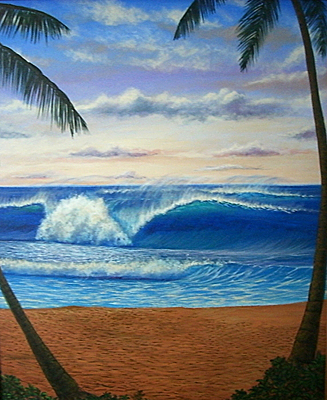 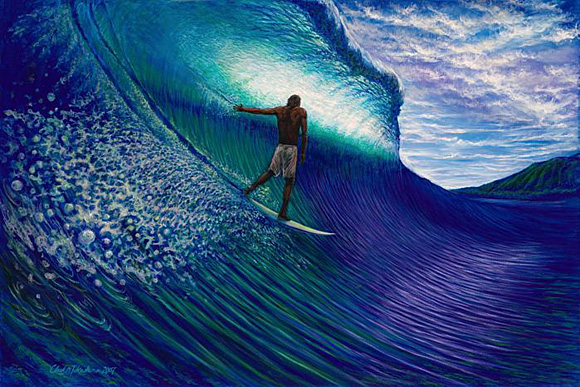 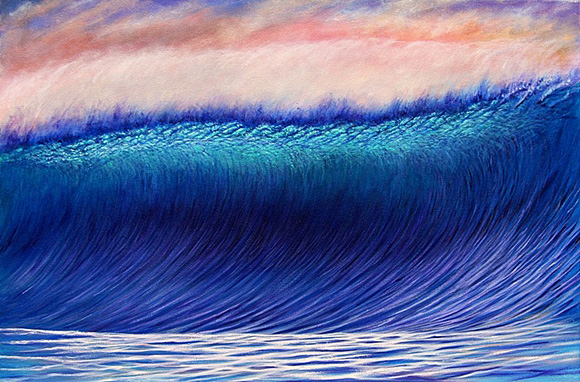