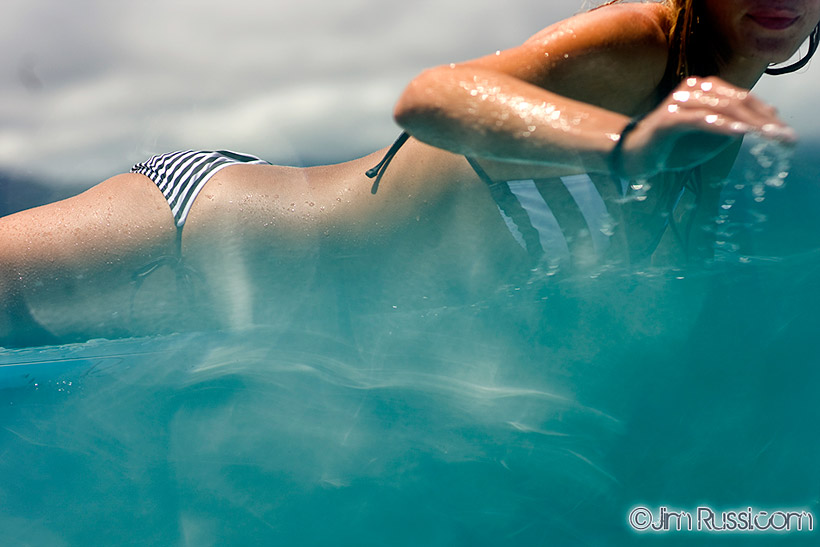 Exclusive to COTW, we're proud to present a glimpse of Jim Russi's portfolio, packed with surfing, action & wave photos from the north shore of Hawaii, mixed with stunning water photography, art and lifestyle shots celebrating the feminine form and women's surfing. Jim's work has featured in advertising campaigns for the likes of Roxy and Swell, as well as numerous surf magazines worldwide.

Jim Russi grew up on the beach and began surfing at the age of 6 years old. He graduated from Brooks Institute of Photography with a B.A. in Fashion & Advertising. In 1978 he moved to the north shore of Oahu after what was planned as only a week-long surf trip to the island.

Surf photography in the 70s was an up and coming field with less than a dozen photographers in the water. Jim had the good fortune of becoming close friends with a few other young talented photographers at the time, who were influential as Jim began his career, namely Aaron Chang, Jeff Hornbaker and Dan Merkel. He began photographing in the line-up beside these greats and has now been in the water photographing for 30 years.

He has traveled the world serving as Senior Staff Photographer for all the major U.S. surf magazines and has been a great influence in the womens surf and longboarding arena as well. Outside of the U.S. market, Jim's work is extremely popular in Japan and Europe. In addition to his editorial work, Jim has collaborated closely on numerous advertising campaigns and catalogs such as Athleta and Swell. He continues to work primarily on Quiksilver's Roxy ad campaign, producing liquid images for them for over a decade now. In contrast to Jim's happy watery images of girls surfing, in the winter his main focus is shooting massive barrel shots of fearless men at Pipeline from the water. Other projects which Jim is working on these days include producing large prints of his less traditional images portraying water, motion & feminine form.

His limited edition artwork is currently available on Oahu at Thomadro Gallery in Haleiwa and on Maui at Art Visions Gallery in Lahaina. Additional prints are available online at www.jimrussi.com. Please check in with his blog for upcoming gallery shows in California and New York.

Keep an eye out for Jim's upcoming book to be released in 2011, currently titled "As Clouds Fly By". 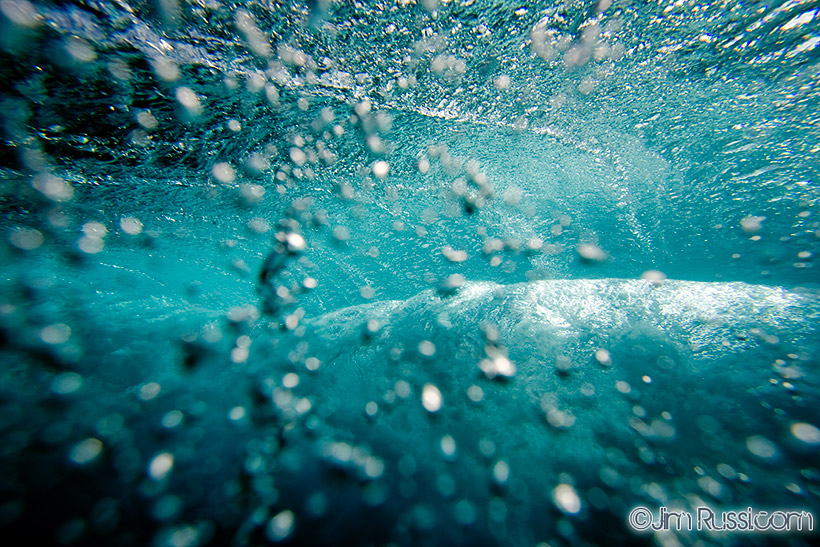 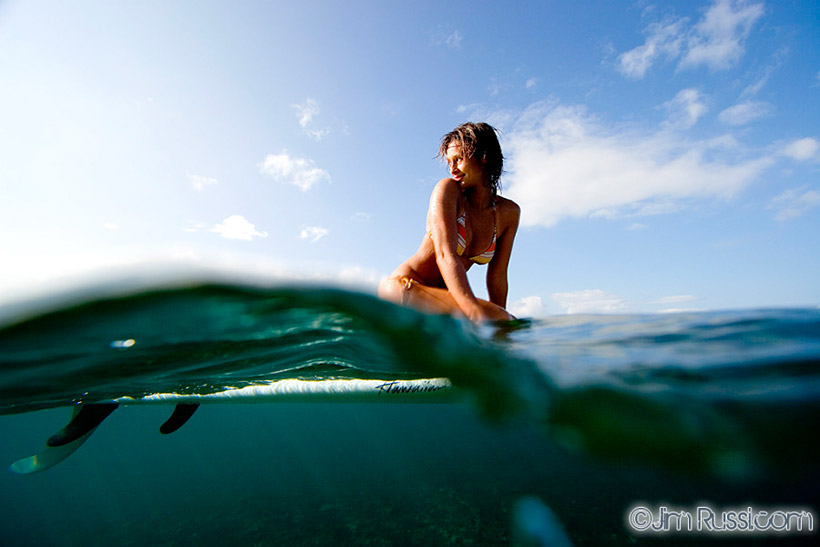 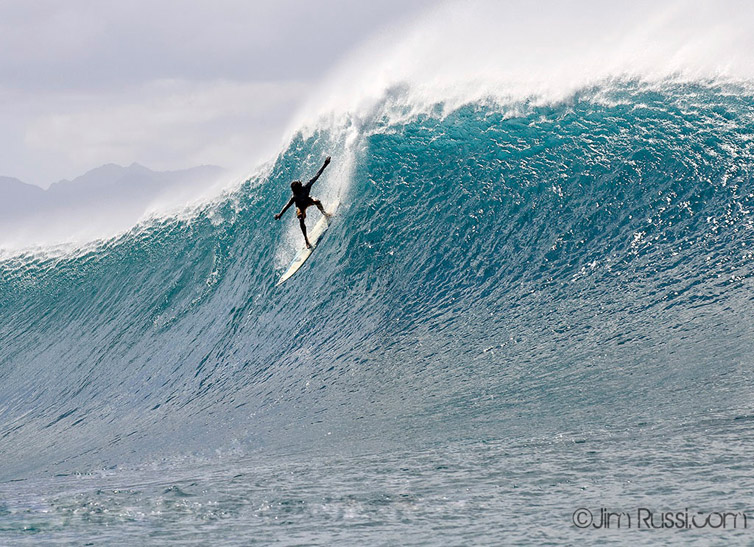 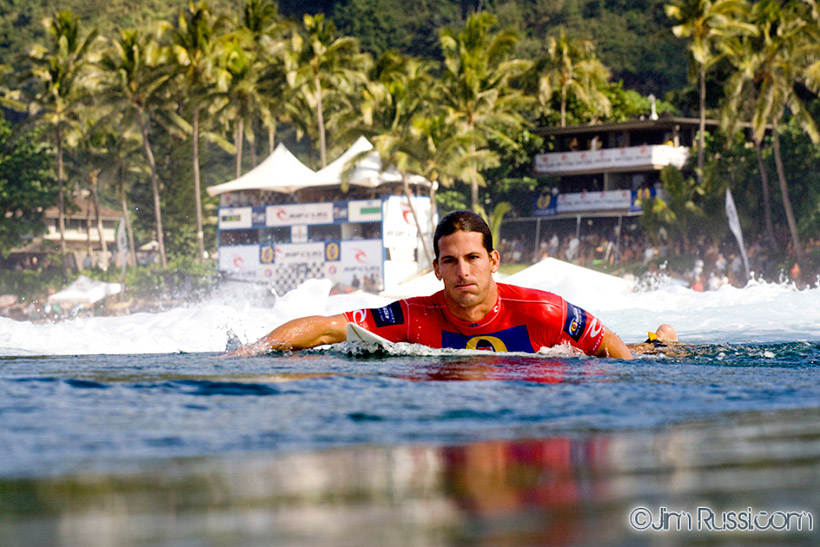 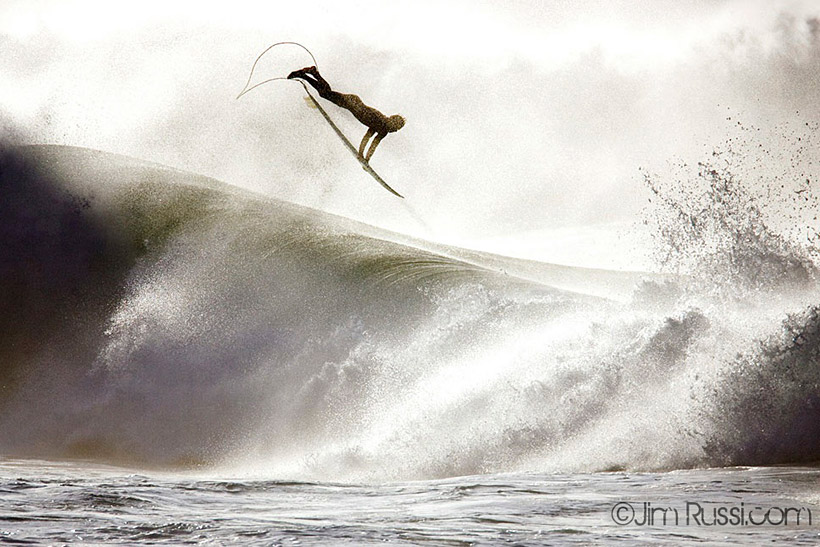 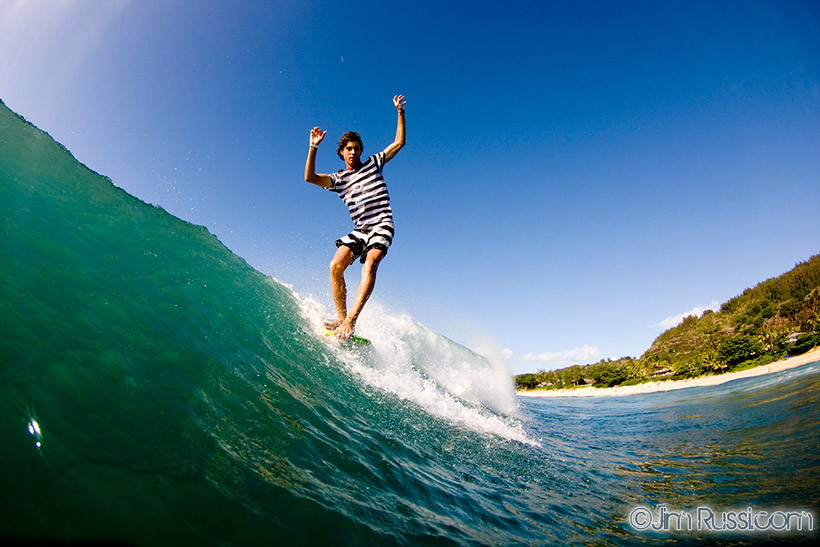 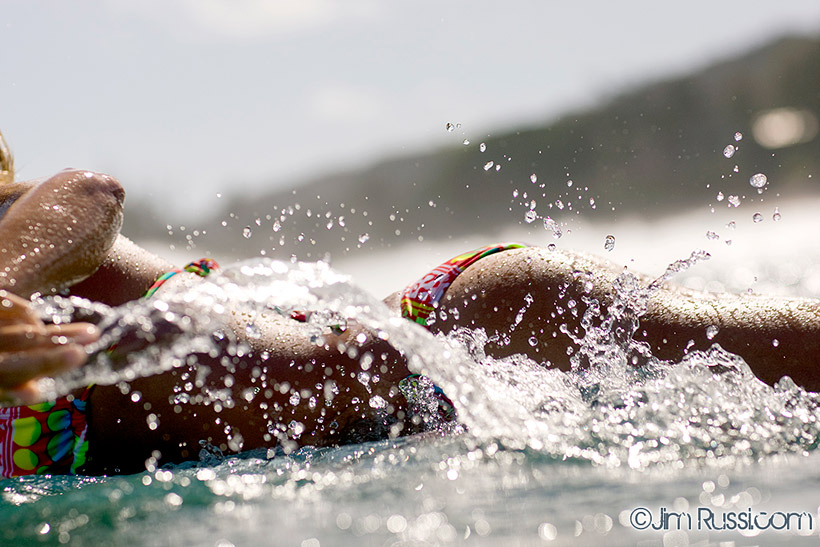 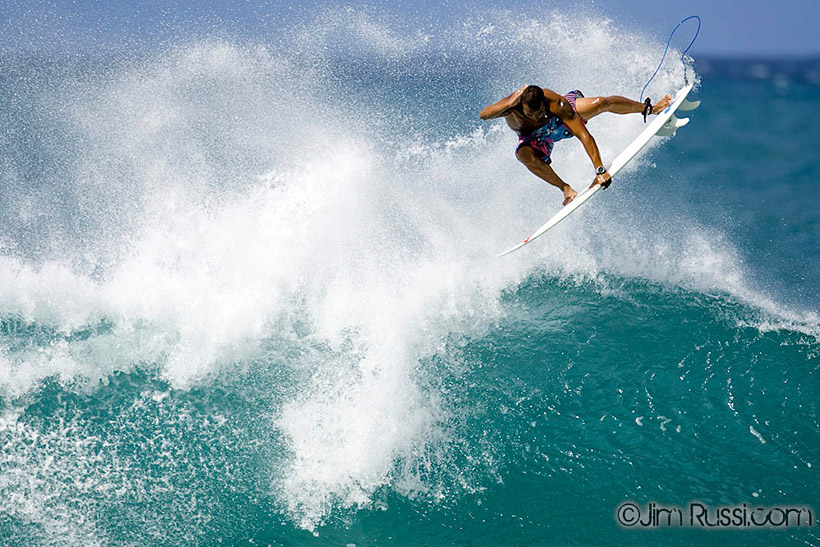 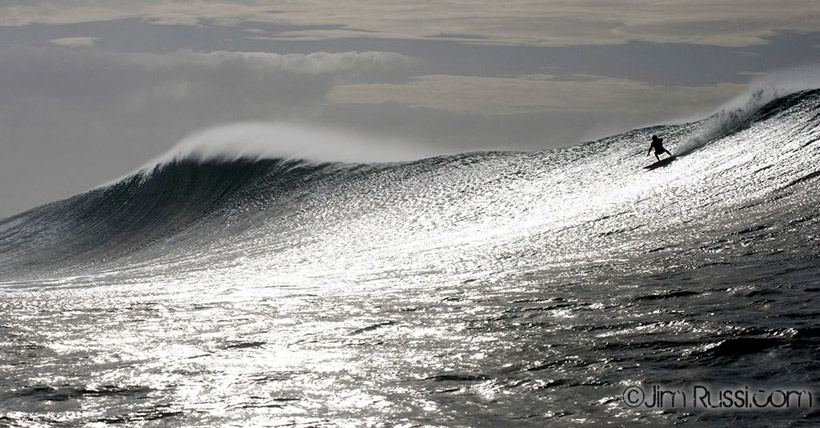 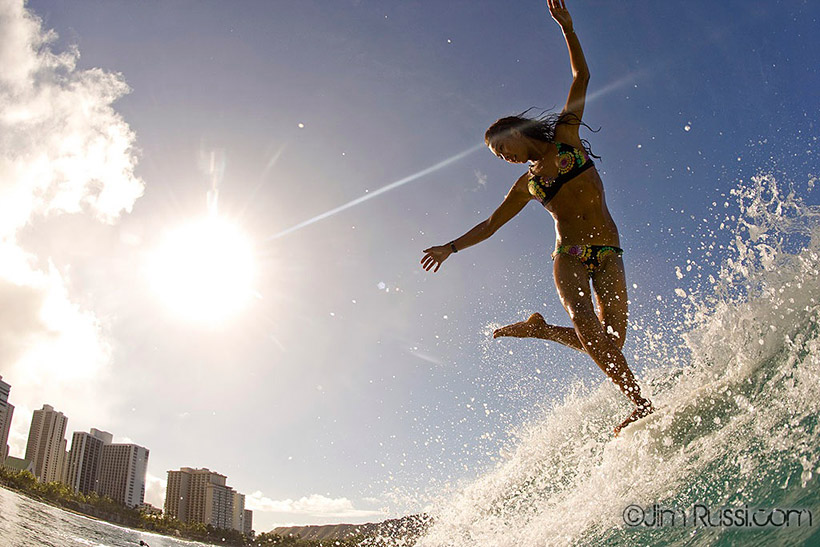 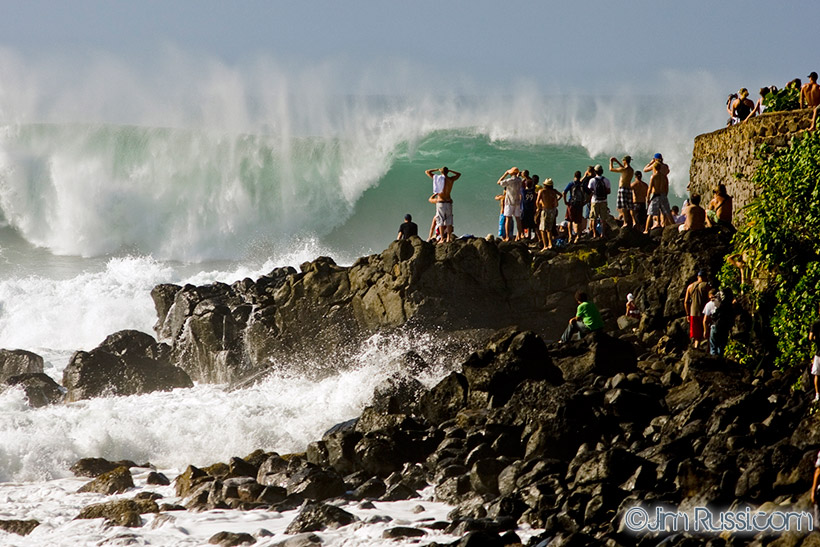 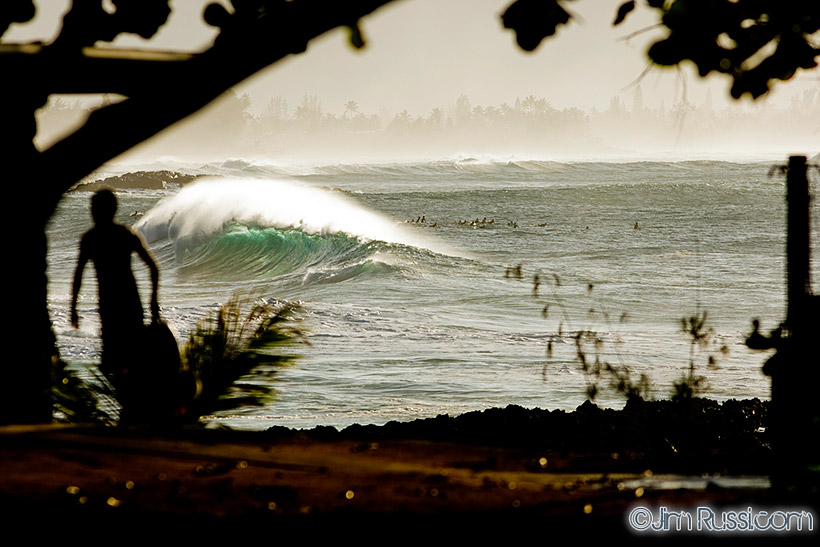 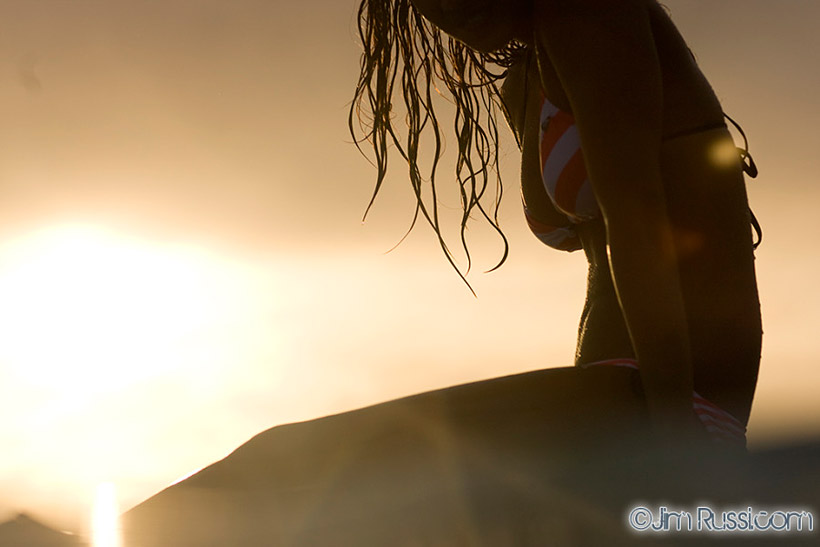 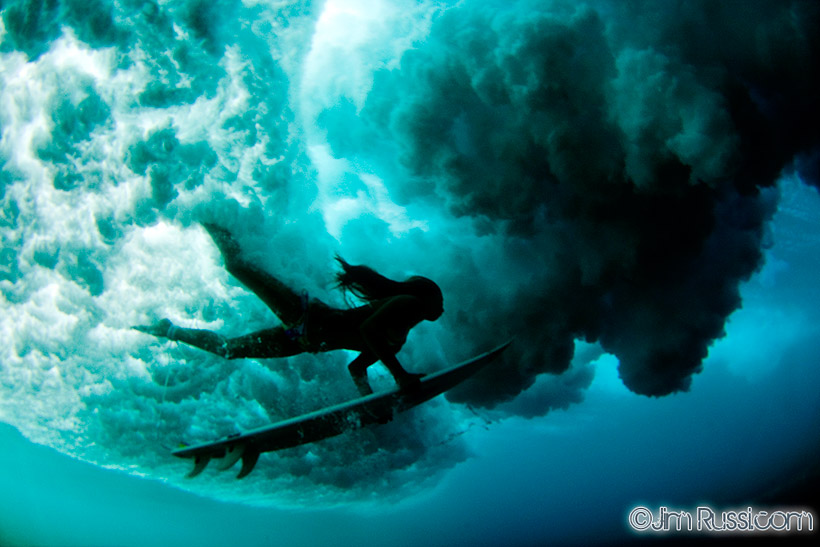 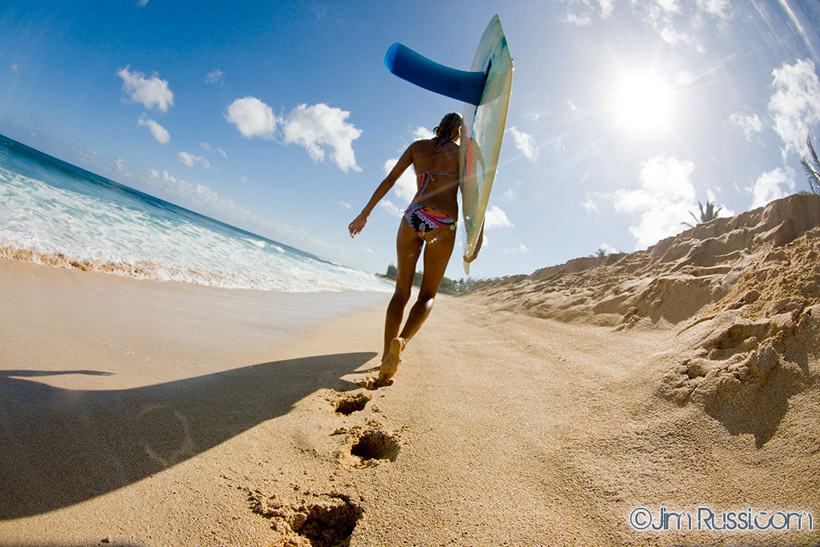 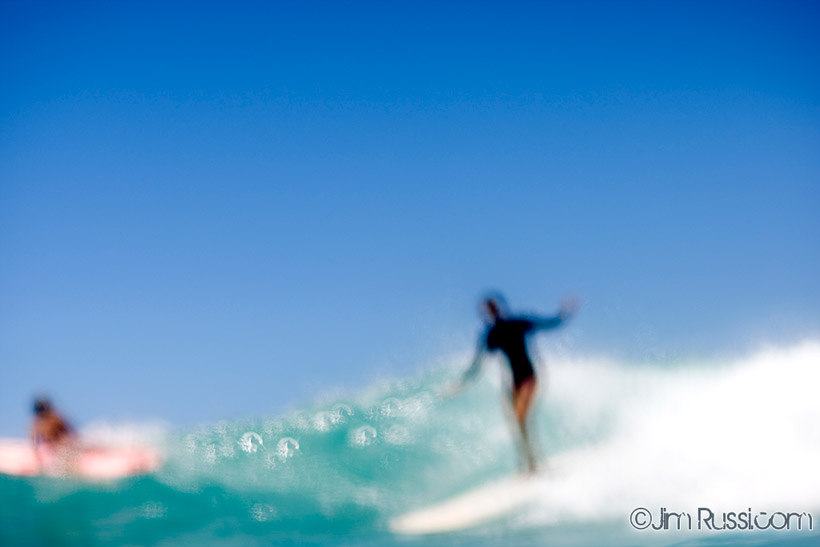 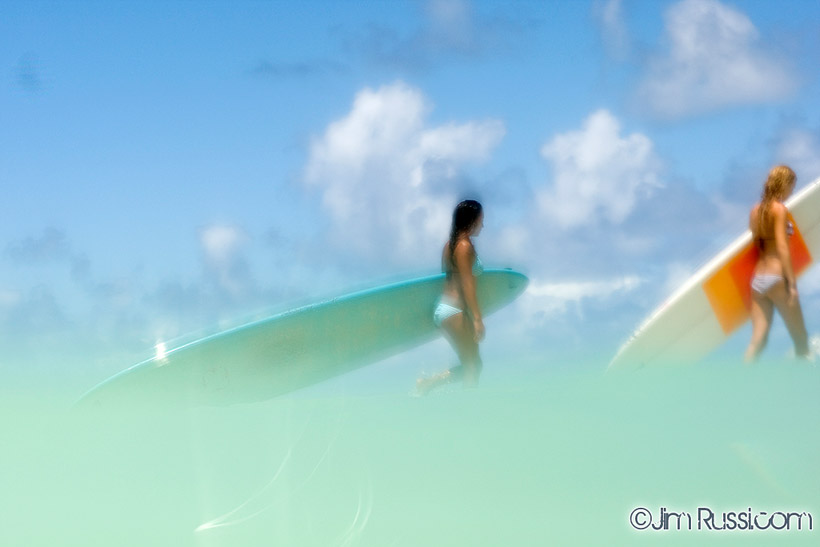 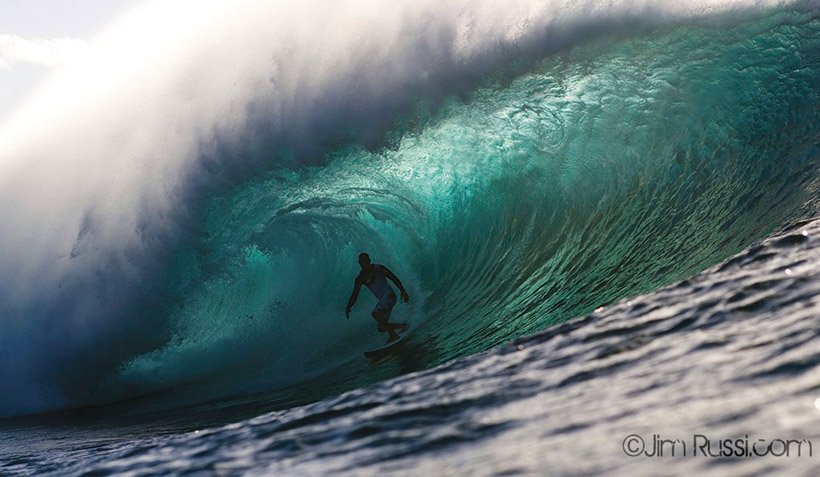 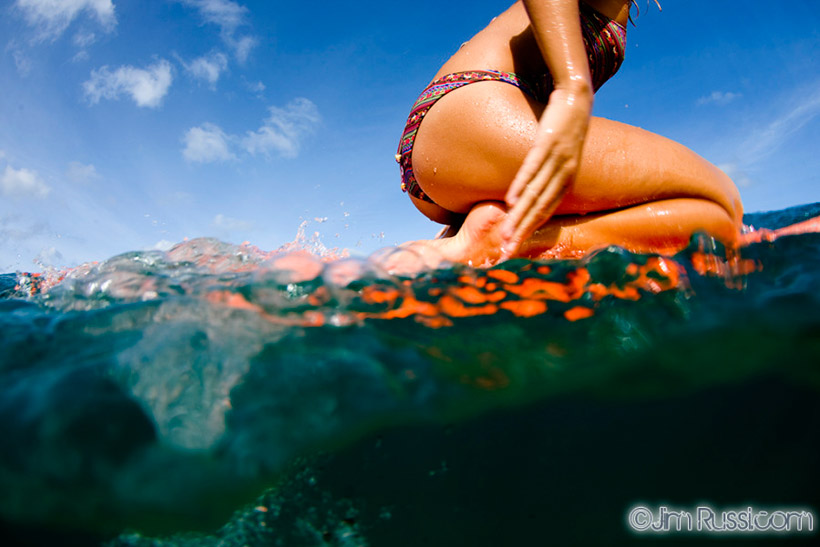 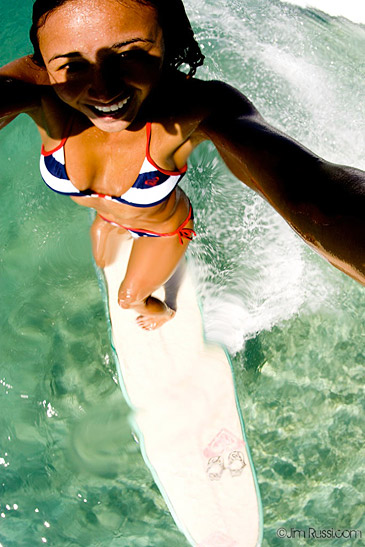 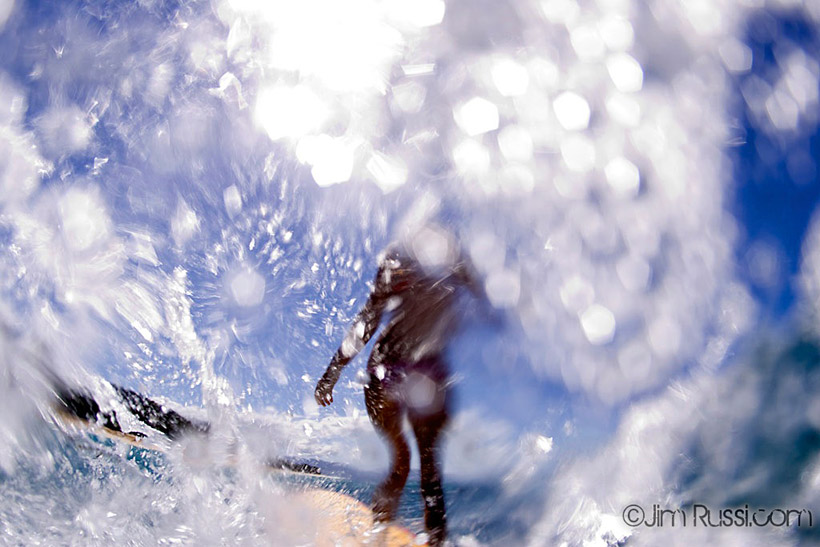 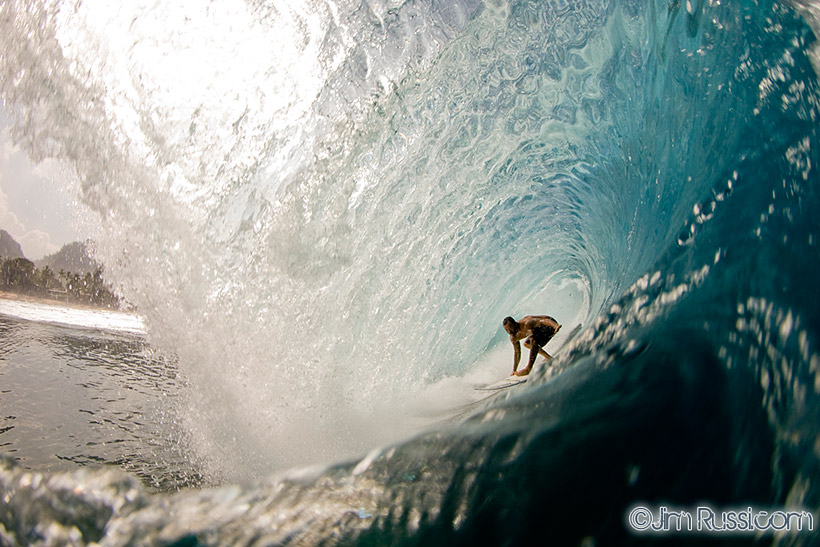 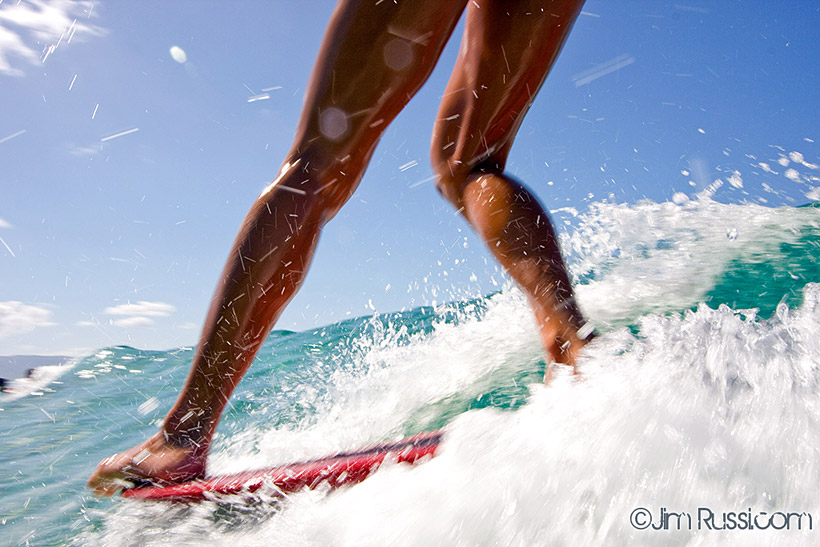 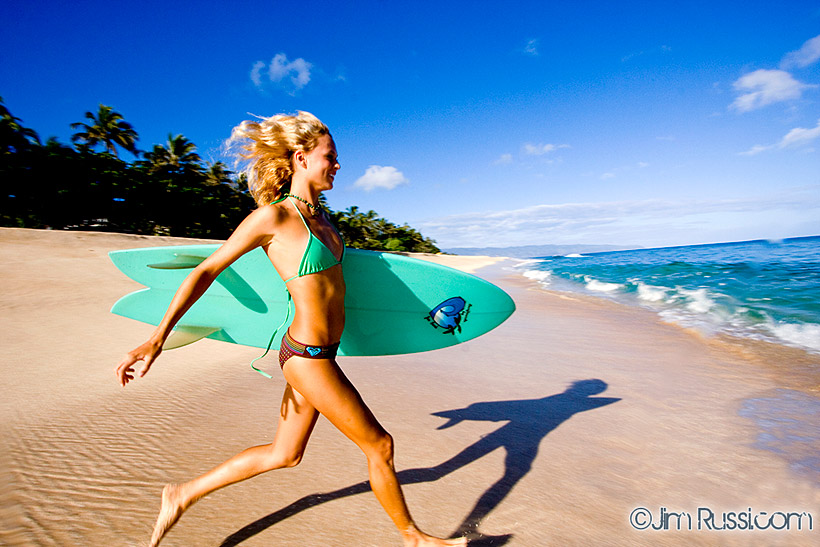 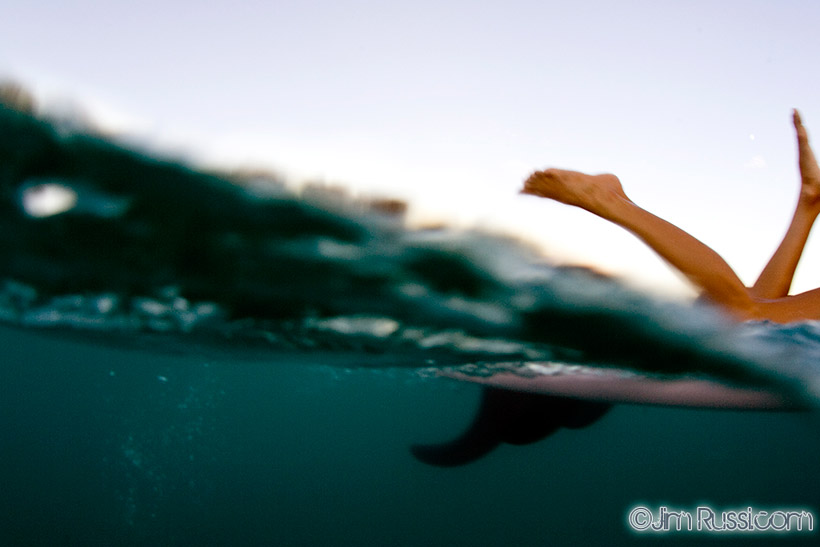 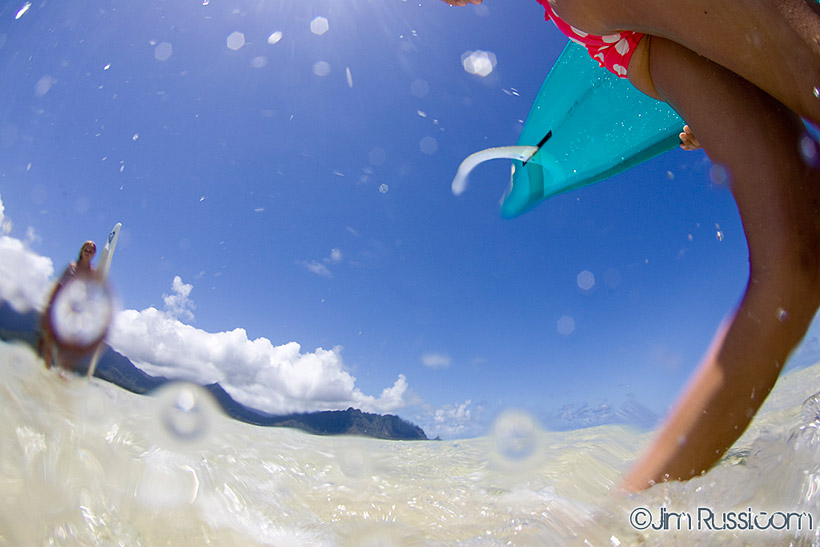 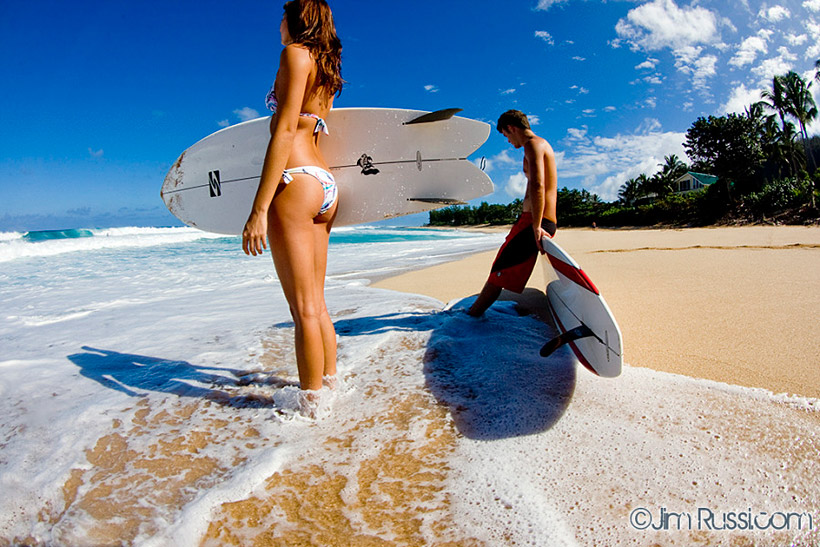