From the south of France, I decided, at 20 years old, to stop my studies and to fly away with my partner for a journey of eight months through the Philippines and Indonesia. It will follow 15 years of travel to Mexico, French Polynesia, Madagascar, Mauritius, Indonesia, Australia, Malaysia, Brazil, the Caribbean, the United States…

During these periods of several months, I alternate sessions of painting and surfing.

In my paintings, drawings and sketches, I tell my travels, expressing my feelings. I am inspired by my experiences and my surrounding environment in a process of free creation and figurative.

My work is part of the Figurative Free movement.

"Figurative Free" is an art movement of the early 1980s. The artists were free through their works, because they take the freedom to include and mix all forms of art without boundaries of gender and cultural geographic origin, with no hierarchy of values between high and low culture.

In the manner of a musician mixing different influences and sounds of different instruments to compose a song. I try to mix cultures: French artistic culture I (legacy of the great masters, popular culture, television…), surf culture and culture of the country where I stay where I stayed. The supports and medium vary according to place and my various series. They are chosen to reflect the mood and my mood: Gouache on rice paper with traditional Mentawai Islands in Indonesia, Posca and acrylic paint on wood panel in Guadeloupe, the oil paintings, collages and aerosol on canvas in Paris…

My themes are initially surfing and travel, because I lived it every day. For 2 years, I am based in France and several stays in Paris inspired me another research topic: excessive urbanisation, the media exacerbated the social pressure and the power of TV. I thought it would be interesting to combine my graphic and artistic from my travels and surf culture with the urban world. CITY vs WILD Series is the result of this research.

Meanwhile, I plan to paint over several abandoned shipwrecks around the world. The first two wrecks have already been conducted, one in Indonesia and one in France. The message behind this project is a positive message. These are stories of encounters and exchanges with the people, land, culture, the environment will be transformed into works of art ephemeral. It is both a tribute to the workers of the sea, a way to revive an abandoned object, create a link between the sea lovers of all backgrounds.

Through this act, my goals are not to vandalise but to get away from art galleries and museums, the question of the place and role of art in society, to highlight a problem (green algae pollution in Britain and pollution by plastic waste in Indonesia) and thus open the debate.

I use biodegradable bombs. 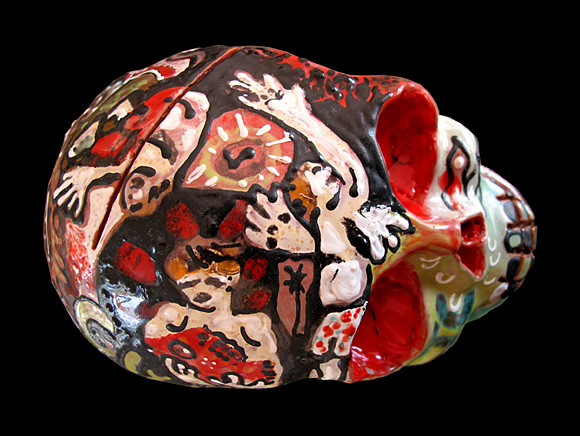 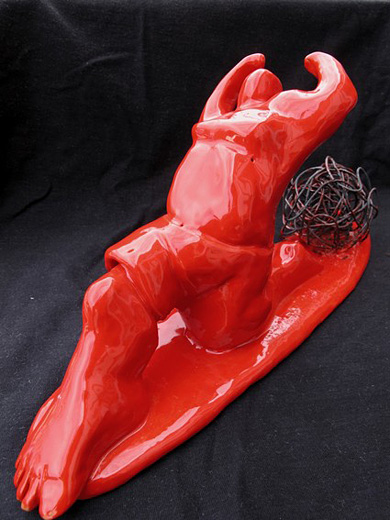